A number of books I have read, so far and will read, later this year, have come about because I am doing the reading Challenge, set by Anne Bogel on the Modern Mrs Darcy website. Anne herself runs the website, as well as the podcast What Should I Read Next (wsirn) and has written a number of books including the book Don’t Over Think It, which comes out in march 2020.

The challenge itself involves reading, 12 books in the following categories:

The only rule I set my self, was that no book could be used in more than one category, for example if I read the debut novel of an author and then went on to read two other books by that same one, I would not have completed the debut novel and the three books by the same author. However, if I went then on to read another book by that author, making four books in total then those to categories will be completed This means I would have to read 12 books to complete the challenge.

A book by a local author

The reason I chose this writer and book is that I decided to say that the writer had to be born in the UK county of Nottinghamshire, instead of a writer you just lived here for a short while. So I chose Lawrence and is semi autobiographical work, Sons And Lovers. I had never read any of his books before, because of what I perceived to be his reputation, however thanks to reading this book I have changed my mind and this will probably my favourite book of the year.

A book outside your (genre) comfort zone

I don’t read many memoirs, if I have read any at all but, this book about a Geisha in Japan was really interesting and it gave me an incite in to a world I new very little about. I am not saying I read will all memoir books in the future but they will defiantly some added to my ever growing TBR.

Alistair Maclean
The Guns of Navarone
Narrated by Jonathan Oliver

This was one of my favourite, books when I was a child which even though I used to listen to an abridged audio version, I have read many times since although not for a few years. The story still holds up as an action novel after all these years but where I am now in my reading life it left the book a little tainted in my memory of it.

A classic you didn’t read in school

As a child I did not read many classics as a child so this gave me a wide choice to choose form, I decided on this book as my son read it for his GCSE English, which in the England and Wales is the exams you take at 16. I really enjoyed reading it, and as someone who is dealing with mental health issues at the moment, the book though challenging to read it really helped, and being short I read it in an afternoon.

Three books By The Same Author

The first book of Lucinda Riley I read last year was The Seven Sisters the first book in her epic series by the same name. For this task I did not want to read books from a series so I chose three of her stand alone novels, all are Sagas were what some one does effects future generations but all were very good. I would have to say The Midnight Rose which was the book I read last was my favourite one.

A book in translation

This is about a women who eats food before Hitler gets it to see if it is poisoned or not.

Categories Not Started Yet

As you can see I have only 4 categories to find books for and read, and if you have any suggestions for the remaining books you can put them in the comments below, I have even added the decade I was born in, to help in that selection. If you are an author and you have a book that fits in one of these sections you can suggest one of your own if it fills one of the categories. 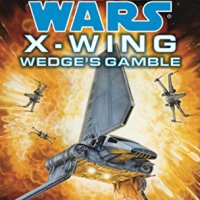 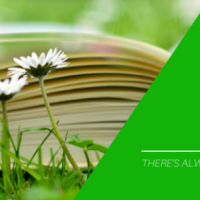 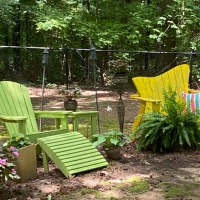 Mark's ReaderRank
Mark has reviewed 77 books with an average rating of 4.08 out of 5.
9 people have found Mark's written reviews to be helpful on Goodreads.
See more...