The reason I requested this book, is because of a few reasons, the first being, that I have read a number of books set in World War II and some, even set on the Russian front itself, but never from the point of view of the Russians. In addition the second reasons was this is said to be the Russian War and peace, now having red, this epic Tolstoy novel a few years ago, I wanted to see if this stands up to this claim.

Stalingrad is set before another Vasily Grosman’s  books Life and Fate. However  this is the first time that the book has been published English it was originally published in 1952, under the name, For A Just Cause, although the writer himself wanted it to be called by the name that it is now, Stalingrad.

The story follows a number of individuals from high ranking officers in the Russian army, ordinary soldiers, new recruits, doctors and nurses as well as workers and scientists. Although the story does start after the invasion of the Soviet Union by Germany, it does have flash backs set before the war telling, the individual stories, before the conflict began. In addition to the first months of the war when the Russian military had little chance of holding up the German army up.It ends in September 1942 during the height of the Battle for Stalingrad.

This is an epic novel in many ways, Grossman, himself said he wanted to write the World War II equivalent to War and Peace, and also be the Red Tolstoy, that the state wanted. War and Peace appears throughout the book, like another character that keeps being mentioned, but you never meet. This is not something that the writer puts in the story to make the connection however, at the time of the war the book held strong grip on the Russian mind, so Grossman was only reflecting this.

The writer takes the reader into the mind of each of the major individual, giving them their own thoughts, so even though they is a large number of people in the book it allows the reader to get to know them,so when you encounter them again you as a reader know who they are.

The bombing of Stalingrad by the German air force is told in such a way that it brings the terror of the raid to life. Another scene, that stands out for me, is where the writer describes, that the cities animals have mainly moved out and how, the animals in the surrounding area are aware something major is happening, this then expands out, to the world as a whole watching this epic clash between to totalitarian systems. Now as this book was written in Russian originally, and translated to English by Robert and Elizabeth Chandler, I do not know who has the greater effect on the style of writing we as a reader experience, but all of them have put together such a beautiful written book .

Who would I recommend this book to, every one who has read Life and Fate as this book is set before that, so you find out how the people got to where they did. Another group of readers are those who have read War and peace and are looking for a similar book set in World War II. In fact this book is for every one who loves to read books, which takes you the reader to places where you may never go, into the minds of the people you won’t meet, who are trying to live a, normal life while living in challenging times. Then I can highly recommend that you take time out and read Stalingrad by Vasily Grossman, you will not be disappointed.

Comment bellow if you have read an novels set in world war II, specifically, set on the Russian Front.

Above all Safe and treat Everybody Fairly 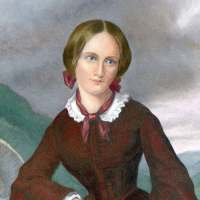 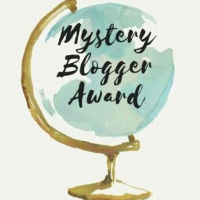 Mark's ReaderRank
Mark has reviewed 88 books with an average rating of 4.07 out of 5.
13 people have found Mark's written reviews to be helpful on Goodreads.
See more...