Political novels come in a wide range, some are set in the political arena and others have a political message here are books that could fall into one one category or even both.

In the 1960s, four ambitious new MPs take their seats at Westminster. Over three decades they share the turbulent passions of the race for power with their wives and families, men and women caught up in a dramatic game for the highest stakes of all. But only one man can gain the ultimate goal – the office of Prime Minister.

Set in ancient Rome this is the first book in a series which examines how Rome, a small city state, became a major empire. The first book in a Sevan book series tells the story of Marius, wealthy but lowborn, and Sulla, aristocratic but penniless and debauched — extraordinary men of vision whose ruthless ambition will lay the foundations of the most awesome and enduring empire known to humankind.

A towering saga of great events and mortal frailties, it is peopled with a vast, and vivid cast of unforgettable men and women — soldiers and senators, mistresses and wives, kings and commoners — combined in a richly embroidered human tapestry to bring a remarkable era to bold and breathtaking life.

The bestselling political thriller that introduced the scheming Francis Urguhart – the most memorable politician of the last decade, as well as a BBC and  Netflix TV series.

In the first book of a three book series, Francis Urquhart is Chief Whip. He has his hands on every secret in politics – and is willing to betray them all to become Prime Minister.

Mattie Storin is a tenacious young political correspondent. She faces the biggest challenge of her life when she stumbles upon a scandalous web of intrigue and financial corruption at the very highest levels. She is determined to reveal the truth, but she must risk everything to do so . .

Published in 1949, the book offers political satirist George Orwell’s nightmarish vision of a totalitarian, bureaucratic world and one poor stiff’s attempt to find individuality. The brilliance of the novel is Orwell’s prescience of modern life—the ubiquity of television, the distortion of the language—and his ability to construct such a thorough version of hell

Guy Montag is a fireman. In his world, where television rules and literature is on the brink of extinction, firemen start fires rather than put them out. His job is to destroy the most illegal of commodities, the printed book, along with the houses in which they are hidden.

A farm is taken over by its overworked, mistreated animals. With flaming idealism and stirring slogans, they set out to create a paradise of progress, justice, and equality. Thus the stage is set for one of the most telling satiric fables ever penned –a razor-edged fairy tale for grown-ups that records the evolution from revolution against tyranny to a totalitarianism just as terrible.

Brave New World is a dystopian novel by English author Aldous Huxley, written in 1931 and published in 1932. Largely set in a futuristic World State, inhabited by genetically modified citizens and an intelligence-based social hierarchy, the novel anticipates huge scientific advancements in reproductive technology, sleep-learning, psychological manipulation and classical conditioning that are combined to make a dystopian society.

To Kill A Mockingbird
Harper Lee

The unforgettable novel of a childhood in a sleepy Southern town and the crisis of conscience that rocked it, To Kill A Mockingbird became both an instant bestseller and a critical success when it was first published in 1960. It went on to win the Pulitzer Prize in 1961.

In Anthony Burgess’s influential nightmare vision of the future, criminals take over after dark. Teen gang leader Alex narrates in fantastically inventive slang that echoes the violent intensity of youth rebelling against society. Dazzling and transgressive, A Clockwork Orange is a frightening fable about good and evil and the meaning of human freedom.

The first of a two book series. With the first book, set during World War II, from 1942 to 1944. It mainly follows the life of Captain John Yossarian, a U.S. Army Air Forces B-25 bombardier. Most of the events in the book occur while the fictional 256th Squadron is based on the island of Pianosa, in the Mediterranean Sea, west of Italy. The novel looks into the experiences of Yossarian and the other airmen in the camp, who attempt to maintain their sanity while fulfilling their service requirements so that they may return home.

The Plot Against America
Philip Roth

An alternate version of American history. In 1940 Charles A. Lindbergh, heroic aviator and rabid isolationist, is elected President. Shortly thereafter, he negotiates a cordial “understanding” with Adolf Hitler, while the new government embarks on a program of folksy anti-Semitism.

Set in an imagined future England that has given itself over to fascism, this groundbreaking story captures both the suffocating nature of life in an authoritarian police state and the redemptive power of the human spirit which rebels against it. Crafted with sterling clarity and intelligence, V for Vendetta brings an unequaled depth of characterization and verisimilitude to its unflinching account of oppression and resistance

Set on the desert planet Arrakis, Dune is the story of the boy Paul Atreides, heir to a noble family tasked with ruling an inhospitable world where the only thing of value is the “spice” melange, a drug capable of extending life and enhancing consciousness. Coveted across the known universe, melange is a prize worth killing for…

A grizzled professional cat burglar gets trapped inside the bedroom closet of one of the world’s richest men, only to witness, through a one-way mirror, two Secret Service agents kill the billionaire’s trampy young wife as she tries to fight off the drunken sexual advances of the nation’s chief executive. Running for his life, but not before he picks up a bloodstained letter opener that puts the president at the scene of the crime, the burglar becomes the target of a clandestine manhunt orchestrated by leading members of the executive branch.

Harry Perkins has led the Labour Party to a stunning election victory. His manifesto included public control of finance and the dismantling of the newspaper monopolies. As MI5 conspires with the press barons to bring him down, Harry finds himself caught up in a no-holds-barred battle for survival.

In the first of a three book series which takes the reader to,  England in the 1520s is a heartbeat from disaster. If the king dies without a male heir, the country could be destroyed by civil war. Henry VIII wants to annul his marriage of twenty years and marry Anne Boleyn. The pope and most of Europe opposes him. Into this impasse steps Thomas Cromwell: a wholly original man, a charmer and a bully, both idealist and opportunist, astute in reading people, and implacable in his ambition. But Henry is volatile: one day tender, one day murderous. Cromwell helps him break the opposition.

United by blood and marriage. Divided by seas. Torn apart by ambition.

Lady Estrid Sweinsdottir has returned from Kiev, her first husband dead after only a few months of marriage. Her future will be decided by her father, King Swein of Denmark, or will it?

A member of the ruling House of Gorm, Estrid might not be eligible to rule, as her older two brothers, but her worth is in more than her ability to marry and provide heirs for a husband, for her loyalty is beyond question.

The Pillars of the Earth
(Kingsbridge 1)
Ken Follett

The first published book of what is now a four book series, The Pillars of the Earth, examines the political intrigue of building a cathedral, with the almost eerie artistry of the unschooled stonemasons, is the center of the drama. Around the site of the construction, Follett weaves a story of betrayal, revenge, and love, which begins with the public hanging of an innocent man and ends with the humiliation of a king.

The hit-and-run death of a schoolmate rocks Carol Andrews’ world. The tragic accident, still unsolved, soon becomes a rallying cry for pedestrian safety in an upcoming town council election. Ignoring the advice of her husband, who points out that she knows nothing at all about the political arena, Carol eagerly signs on to manage the election campaign of a new-to-politics female candidate.

The Ministry Of The Future
Kim Stanley Robbins

Established in 2025, the purpose of the new organization was simple: To advocate for the world’s future generations and to protect all living creatures, present and future. It soon became known as the Ministry for the Future, and this is its story.

1946. Britain is occupied by Nazi Germany. All seems lost–until the February Rising sees off Hitler. The Fuhrer’s death triggers a struggle for power among the Nazis, revolt across the Occupied Continent, and schism in the Oval Office in Washington.

Falling prey to the Great Northern War, Marta cheats death at every turn, finding work as a washerwoman at a battle camp. One night at a celebration, she encounters Peter the Great. Relying on her wits and her formidable courage, and fuelled by ambition, desire and the sheer will to live, Marta will become Catherine I of Russia. But her rise to the top is ridden with peril; how long will she survive the machinations of Peter’s court, and more importantly, Peter himself?

A real political figure, Jennie Lee, was elected to parliament aged just 24, five years too young even to vote in 1929 Britain. From the Labour backbenches, she hurled barbs and bolts of thunder at the likes of Winston Churchill, Lady Astor, even her own party’s Prime Minister, Ramsay McDonald. The novel intertwines real events with a fictional personal story involving Elizabeth Bowes-Lyons–the future Queen Mother, the womanizing fascist Oswald Mosley, the Great War prime minister Lloyd-George, and the radical Labour MP Aneurin Bevan. A series of political and intimate intrigues turn history into thriller when Jennie has the chance to radically change the course of history for Britain, Europe and the world.

The Pope is dead.

Behind the locked doors of the Sistine Chapel, one hundred and eighteen cardinals from all over the globe will cast their votes in the world’s most secretive election.

They are holy men. But they have ambition. And they have rivals. Over the next seventy-two hours one of them will become the most powerful spiritual figure on earth.

Shall We Tell The President?(Kane and Abel  3)
Jeffrey Archer

The 3rd Book in the series, After years of great sacrifice and deep personal tragedy, Florentyna Kane has finally become the first woman president in America. But on the very day that she is sworn into office, powerful forces are already in motion to take her life.

So what is your favorite book that could be considered political, comment below on your favourite or any suggestions you may have.

Above All KEEP SAFE And TREAT PEOPLE FAIRLY

2 thoughts on “25 Political Novels You Should Read” 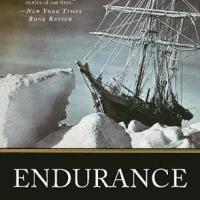 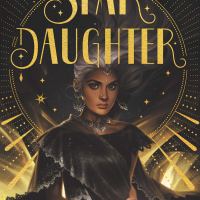